This page gives recognition to the AOS members for the following achievements:

AOS Board President Jeff Curtin presented the awards for outstanding officiating and service to AOS with the John Katzler Award and The Ed Curtin Basketball Awards.  Curtin also recognized those AOS members who earned an officiating assignment in the IHSA Football and Basketball State Tournament.  Please congratulate these award winners! 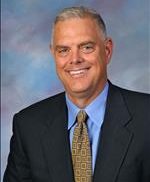 The Athletic Officials Service (AOS) Board of Directors is proud to announce the Illinois High School Association (IHSA) has named AOS Member Jim Perkins as the 2019-20 Football Official of the Year.  Perkins joins Jim Glueckert (Football 2015-16) and Bill DePue (Boys Basketball 2016-17) as the third AOS Member to be selected for this prestigious award.

To be considered for this honor, an official must first be nominated by an Officials Association recognized by the IHSA. Perkins was unanimously selected to be nominated by the AOS Board last year. IHSA staff members then vote on the winners based on factors such as character, skill as an official, and levels worked in the IHSA State Series.

Perkins is a three-time downstate Football Official having worked the State Finals in 2005 (Class 4A), 2007 (Class 7A) and 2018 (Class 8A).  He has been officiating Football since 1992 (28 years), been a member of AOS since 1992 where he served as VP of Football and he has not only trained us all at our AOS meetings on numerous occasions, but has also presented at the IHSA Officials Clinic.  Perkins also received the Ed Curtin Award in 2018.

“I am surprised and honored to be the recipient of this award”, Perkins said.  “There are many football officials in the state of Illinois who are highly accomplished and contribute significant time and energy to improve the avocation of officiating.  To be selected as the Official of the Year is humbling and is an award I will cherish the rest of my life.  I am proud to represent AOS in receiving this award.”

AOS Board Member Jim Glueckert said, “Jim is a quality individual and has been an asset to AOS serving as our Football Vice-President and being willing to present as a speaker to the Association when asked.  He takes the position of crew chief and official seriously.  He studies the rules and works well with the area assignment chairman.  Congratulations Jim on an honor well deserved.”

Perkins and the other recipients in the 21 other IHSA sports will be recognized at a banquet during the 2020 IHSA Officials Conference, which will be held on Saturday, July 11, 2020 at the Normal Community West High School.

“Thank you to all IHSA officials who dedicate their time and talent to high school athletics in Illinois,” said IHSA Assistant Executive Director and Officials Department administrator Sam Knox. “We understand that these individuals do not officiate for awards or recognition, but it remains a very special tradition for the IHSA to be able to honor its Officials of the Year. Congratulations to these deserving individuals!” 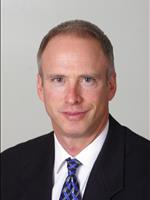 When the Illinois High School Association (IHSA) is announced its 2016-17 Officials of the Year in January of this year, AOS Member Bill DePue of Palatine was named Boys’ Basketball Official of the Year.  To be considered for this honor, an official must first be nominated by an Officials Association recognized by the IHSA. IHSA staff members then vote on the winners based on factors such as character, skill as an official, and levels worked in the IHSA State Series.

“As officials, we tend to want to go unnoticed, but in this case, it is nice to have been nominated by the AOS and chosen by members of the IHSA for recognition of my work done on the court and for the officiating community” said DePue.  “I would like to thank both associations for their consideration and confidence and for giving me the opportunity to learn and develop my skills over the years through meeting attendance and advancement in the State Series.”

DePue will mark his 25th Season officiating basketball next season.  Bill was selected to officiate the Boy’s State Tournament in 2013 (3A/4A), 2014 (3A/4A) and the state championship 3A game in 2016.  “I also work NAIA, NJCAA and N4C College conferences.  But even when attending college camps and working a small number of college games each season, I always made it clear to assigners – and never lost sight of it myself – that my ultimate goal was to work the IHSA Boys AA – eventually 3A/4A – State Finals.”  Bill has added Football to his resume and will be entering his 4th Year in the fall as an IHSA official in that sport.

We asked Bill what advice he has for his fellow officials to get to the level he has obtained?

AOS congratulates Bill on his accomplishments and is proud to have nominated him for the award.  This year’s winners will be recognized at a banquet during the 2017 IHSA Officials Conference, which will be held on Saturday, July 22 at the Embassy Suites in East Peoria.

The Illinois High School Association (IHSA) has named AOS Board Member Jim Glueckert as the 2015-16 Football Official of the Year. To be considered for this honor, an official must first be nominated by an Officials Association recognized by the IHSA. IHSA staff members then vote on the winners based on factors such as character, skill as an official, and levels worked in the IHSA State Series. The AOS Board nominated Glueckert for all of those reasons and many more.  Glueckert received the award during the IHSA Officials Conference in Peoria last July.

AOS President Jeff Curtin said, “AOS is one of the oldest Officials Organizations, dating back to 1956. We have always been considered a training group to better the new official to achieve their goals. No one in the history of our group has ‘given back to the game of IHSA Football’ more than Jim Glueckert. So it is certainly appropriate in the inaugural year of IHSA “Football Official of the Year”, 2015-16, this award is bestowed upon Jim. Congratulations Jim (39 years IHSA FB) Glueckert from AOS!”

“I truly felt honored to be recognized as football official of the year”, Glueckert said when asked about the award. “Football is a passion of mine and I enjoy not only officiating the games but working with my crew and all the members in AOS. As we all know we couldn’t do this without the support of our families who allow us to be away as much as we are. It was great to have my wife, children and grandchildren be able to attend the ceremony. I feel we have many deserving candidates in our AOS membership and I hope many of you get to receive this honor one day. Thanks to Jeff Curtin and AOS for nominating me.”

“I have routinely said that one of the great highlights of my 25 years at the IHSA has been having the opportunity to work closely with officials,” said Former IHSA Executive Director Marty Hickman. “The IHSA Officials of the Year are some of the best officials we have to offer, yet, no matter how well they do their jobs, they will still be questioned by coaches, fans and players. It takes a special kind of dedication and personal integrity to excel in this vocation. Thank you to these individuals, as well as to all IHSA officials, for all that you do.”

Glueckert is currently a Registered IHSA Football Clinician. He has officiated State Championship games in 2000 Class 2A, 2004 Class 7A and 2011 8A. He has served as the Football State Series Coordinator of Officials since 2012. He serves on the AOS Board as the Football Assignment Chairman.

The primary purpose of the Athletic Officials Service (AOS) is to assist all members to become better officials. Jim Glueckert is another reason AOS is successful in that purpose! 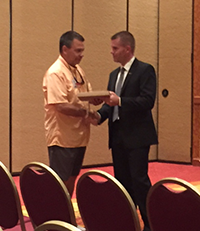 AOS Member Raul Zaldivar has a long and distinguished officiating career. During the IHSA Officials Conference in Peoria last July, Zaldivar was honored by the IHSA for 30 Years of Officiating Service.

Zaldivar adds yet another honor to his many accomplishments. He has been down state in Girl’s Basketball with State Tournament appearances in 2010, 2012 and 2013. In 2012, he officiated the 3A State Championship Game and in 2013, he called the 4A State Championship Game. In 2014, Zaldivar was honored with the AOS Ed Curtin Award in recognition for his work in mentoring and developing fellow AOS members. He was also inducted into the Illinois Basketball Coaches Association Hall of Fame in 2015.

“I am honored to have reached another milestone in my officiating career”, said Zaldivar. Jeff Curtin AOS President said, “Many officials have been members of AOS, most come & go, but few have participated as much as Raul Zaldivar. Raul has held almost every officer position for AOS in his 30 years of service to our group. He has been a tireless worker trying to make AOS a better organization. And yes, Raul has worked 3 IHSA Girls State Finals, Twice officiating the championship game! Congratulations to Raul & keep the golf ball in the fairway!!!”

We are honored to have such a distinguished and veteran official in our membership. 30-Years and still counting!

Established 2010 in memory of John E. Katzler and his passion for IHSA Basketball, IHSA Football and Athletic Officials Services. These individuals have been an active and /or honorary member of AOS for at least 20 consecutive years.  The individual is also widely recognized by his peers as someone with excellent grasp of the rules governing his or her sport as demonstrated by his or her achievement of working a minimum of 5 state series assignments.  They also have demonstrated a high level of service and commitment to the AOS as evidenced by numerous documented contributions.

Established 2010 in memory of Ed Curtin and his passion for helping fellow officials realize and achieve their full potential. In recognition of their great enthusiasm for high school officiating and the camaraderie shared between fellow officials, and whose contributions in the prior years sports season have had the most significant impact on their peers.

Provide recognition to AOS Member who in the current year has been awarded an IHSA service award for 25 or more years of service as a Basketball or Football official.